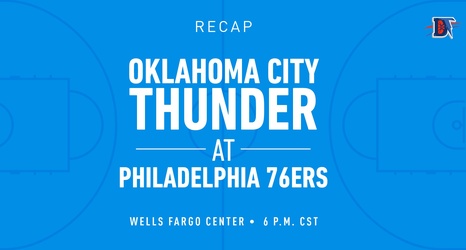 I’m filling in for Brandon tonight, and I thought about just copy-pasting one of his recent recaps from a game where the Thunder slipped behind before clawing their way back to win a game you would’ve forgiven them for punting. But they lost, so I had to copy-paste a recap from one of the several early season games that they lost in the same fashion.

I’ve been pushing the Sixers/Thunder parallels for a week, and while some readers for both sites have found the comparisons insulting, it’s purely complimentary on my part. Watching Philly play reminds me of the Thunder’s halcyon days, when they were so young and so, so scary.