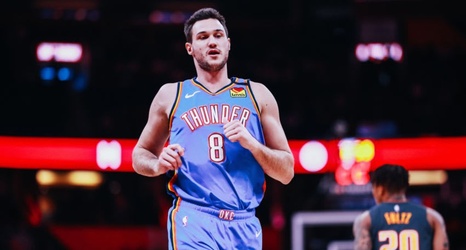 JANUARY 22: Danilo Gallinari #8 of the OKC Thunder on the court against the Orlando Magic (Photo by Harry Aaron/Getty Images)

Danilo Gallinari sent mixed signals this week on his free agency but his Hoops Hype interview stated his openness to returning to the OKC Thunder.

With the NBA Board of Governors looking to push up the season start to December, it means the NBA Draft and Free Agency will occur shortly before the season start. For the OKC Thunder and Sam Presti that means the brain trust has major decisions to make quickly regarding the team’s future direction.