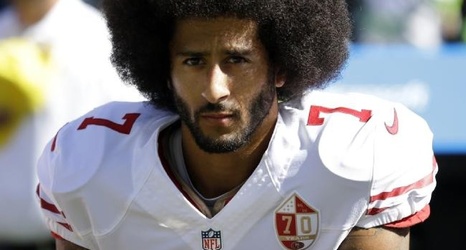 Four years ago, on a beautiful August evening in San Francisco, Colin Kaepernick sat down on the 49ers bench.

The national anthem was about to start before the team’s preseason game against Green Bay, and even as his teammates stood in front of him on the sideline, the quarterback did not get up. It was the third time that preseason he sat during the anthem.

It was the first time anyone noticed.

A San Francisco beat writer high above the field in the press box took a picture of the field, a wide shot of the teams on the sidelines.