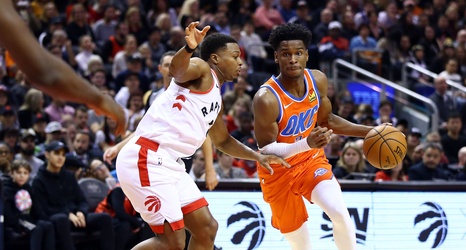 Not once but twice the OKC Thunder battled back to try to snatch victory from the defending champion Toronto Raptors. In the end, it was too little too late as the Raptors hung on for the victory.

It was the 41st game of the season for the OKC Thunder who move to 23-18 on the season and remain in seventh place in the Western Conference, four full games ahead of the eighth-place Memphis Grizzlies.

The Head Coach for the Raptors, Nick Nurse elected to go with a massive starting rotation moving OG Anunoby (who has recently been starting at power forward due to the injuries) to shooting guard, Pascal Siakam to small forward and inserting both Serge Ibaka and Marc Gasol in the frontcourt.