A THANK YOU LETTER 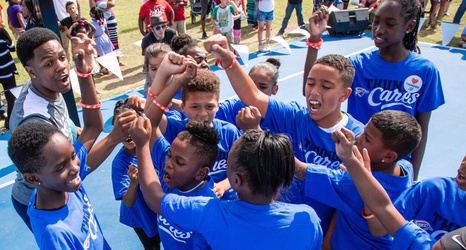 Isaac Laboy was 5 years old when he lived in Lawton because his father was stationed from the Army in 1989. Just down the road where he grew up, an imperfect, yet beloved basketball court at Lee West Park served as a sanctuary for the neighborhood kids.

Now living in Dallas and married with two kids, Laboy caught word that the Thunder Cares Foundation was giving the place that delivered his fondest childhood memories a makeover. So moved by the news, he wrote to Thunder Vice President of Community Relations Christine Berney to express his gratitude.