Report: Thunder May Be Open To Trading Russell Westbrook If He Turns Down Extension 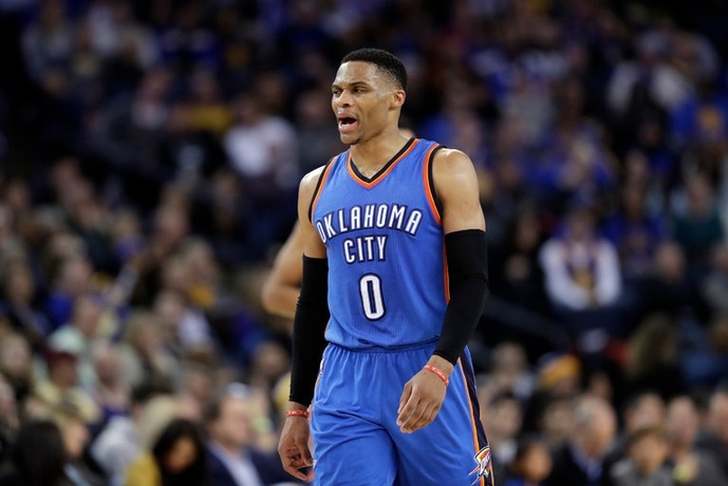 Russell Westbrook may very well win his first MVP award tonight, yet he could be on a new team very soon.

Westbrook signed a two-year extension with a player option for third year last offseason with the Oklahoma City Thunder, a move that was widely celebrated after Kevin Durant left for the Warriors. However, if he turns down another extension with the team, OKC may put him on the trade block, according to ESPN's Royce Young.

Oklahoma City would clearly be trying to get something in return for Westbrook, hoping to avoid another Durant-type situation where they lose him for nothing.

By signing Westbrook to a long-term extension, it gives them ammunition to go try to sign another superstar this summer to pair with him. The Thunder have enough cap space to sign a play to a max contract and plan to make a run at Blake Griffin.

However, Westbrook may be waiting to see what OKC does this offseason before committing to them, creating a bit of a catch-22 for the Thunder.

Follow our Oklahoma City Thunder team page for all the latest Thunder rumors!