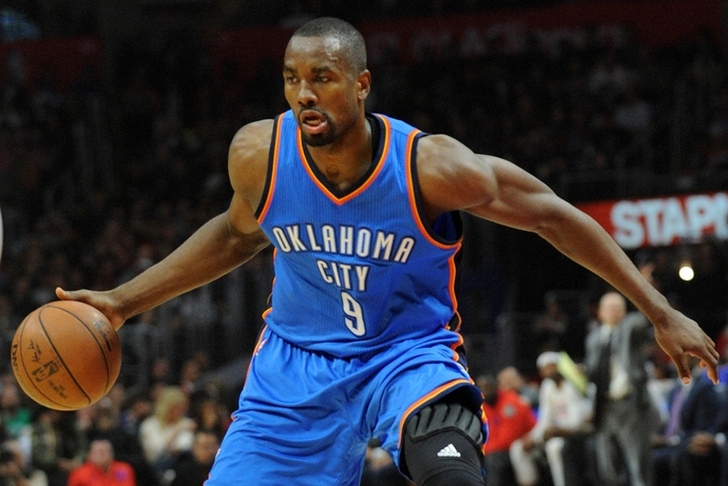 The Oklahoma City Thunder are looking to trade big man Serge Ibaka on draft day, according to The Undefeated's Marc J. Spears:

The Thunder is shopping big man Serge Ibaka on this draft day, a source said. https://t.co/obBwkWDf6F

OKC is likely looking to acquire a high draft pick in return for Ibaka, but it's unclear who they have their eye on.

Ibaka's role has continued to diminish with the Thunder over the past several years, averaging just 12.6 points, 6.8 rebounds and 1.9 blocks per game this year. Those are his lowest rebounding and block averages since his rookie year.

However, this doesn't necessarily mean that the Thunder will keep 26-year-old on the trade block after tonight if they are unable to acquire the draft pick they want.