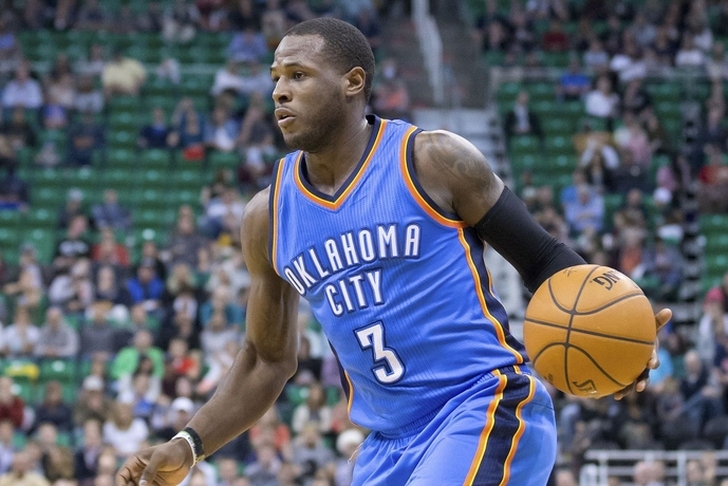 The NBA Draft is over and the Oklahoma City Thunder have turned their complete attention to the start of free agency on July 1st. The Thunder's offseason plans are centered around making sure they keep Kevin Durant, although adding another player or two is still an option. Here are all the latest Thunder rumors and news and you need to know.

Durant Wants A Long-Term Deal?
The general opinion on Durant is that he would take a two-year deal with an opt-out clause after the first year. There were two reasons for that; he could get more money by opting-out since the cap is rising and he can enter free agency again next year with friend Russell Westbrook. However, there are now rumblings Durant could elect to take a long-term deal. Here's what Steve Kyler of Basketball Insiders reports.

However, sources close to Durant said recently that his looming free agency was incredibly stressful and distracting and that Durant isn’t overly eager to go through this again and that these meetings may be more than just going through the motions. He is genuinely planning to listen to options and see what’s available to him and may make a long-term commitment with whatever team he chooses.

A long-term deal for Durant makes most sense with the Thunder. They can offer him more years than any other team. The Thunder will get the first meeting with Durant tomorrow.

Could OKC Lose Dion Waiters?
The Oklahoma City have Andre Roberson and the newly-acquired Victor Oladipo at shooting guard, and they could lose restricted free agent Dion Waiters. At least two teams appear ready to try to poach Waiters from the Thunder.

The Thunder can match any contract offer for Waiters and could do so, even with Oladipo and Roberson. But if the Sixers or Kings, with plenty of cap space, offer Waiters a large contract, the Thunder might elect to let him walk.

Follow our Oklahoma City Thunder team page for all the latest Thunder Rumors, or download the Chat Sports App!