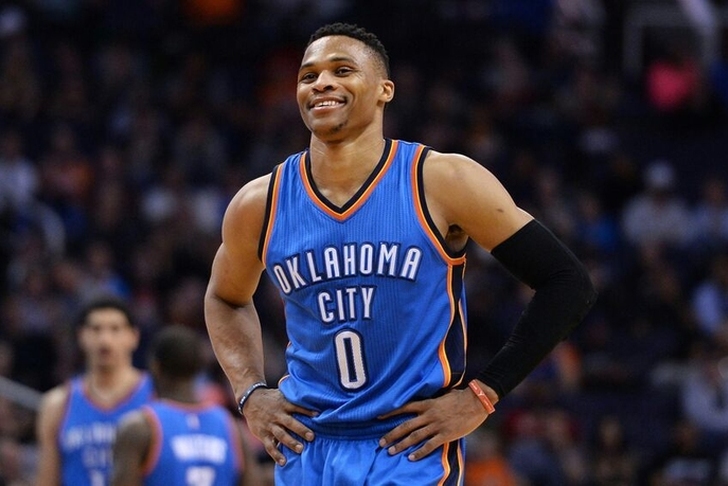 Oklahoma City Thunder point guard Russell Westbrook has signed the "super-max" extension to stay with the franchise long-term, according to ESPN's Adrian Wojnarowski.

“Like I said before, man, this is a place I want to be,” Westbrook said on Monday. “I love being here. I'm excited about the season, obviously, with a lot of new changes.”

“I love being here. I love the fans. I love the people here. I'm back now to get a chance to simmer down and get everything situated. Obviously now with a few changes, I'm good. I like where I'm at. I like where our team is.”

Oklahoma City has been one of the most active teams in the NBA this offseason, acquiring both Paul George and Carmelo Anthony in two separate trades. Both George and Anthony can be unrestricted free agents after the season. Westbrook's extension now gives the franchise some long-term stability.

Follow our Oklahoma City Thunder team page for all the latest Thunder news!