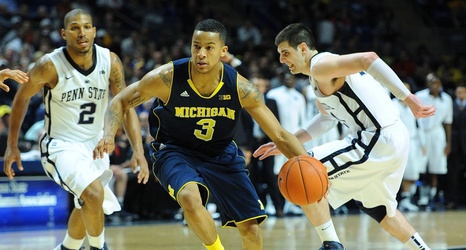 As we mercifully crawl to the end of the week and towards a much needed three-day weekend, the basketball “Nuts” duo of Connor and Justin are back again with a new debate. Last week, we debated who our all-time Ohio State starting five would be. Connor went with an older lineup of Dennis Hopson, Jim Jackson, Jared Sullinger, Gary Bradds, and Jerry Lucas. Justin interpreted the prompt a bit differently, and went with his favorite at every position, rolling out a lineup of D’Angelo Russell, Jon Diebler, Evan Turner, Jae’Sean Tate, and Greg Oden.

With 61% of the vote, Connor’s lineup won, continuing his dominant streak in this “Nuts” series.