You’re Nuts: Which Buckeye would make the best professional wrestler? 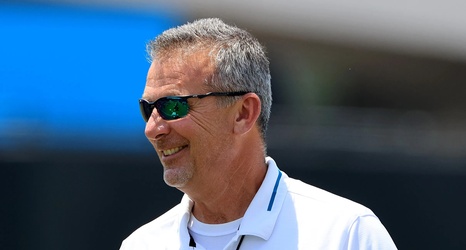 On Sunday night, former Ohio State head coach Urban Meyer made a cameo in the Stadium Stampede match at AEW’s Double or Nothing pay-per-view. Wrestlers Chris Jericho and MJF charged into an office where Meyer and former Texas head coach Charlie Strong were working. Meyer aided Jericho by handing him a laptop, which he promptly smashed over MJF’s head.

This isn’t the first time that Meyer has made an appearance on an AEW broadcast.