With a contract extension, Gene Smith can expand on his legacy in Columbus 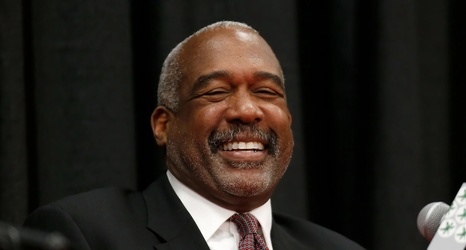 Yesterday it was announced that Ohio State athletic director Gene Smith and the university had agreed to a contract extension that will run through 2026 and pay Smith around $2 million per year. Smith has been Ohio State’s athletic director since 2005, and currently is the third-longest tenured athletic director in school history, trailing only L.W. St. John (1912-47) and Richard Larkins (1947-70).

Smith worked his way up the athletic director ladder prior to coming to Ohio State, starting his career at Eastern Michigan before moving on to Iowa State and then to Arizona State, where he spent five years before taking the position in Columbus vacated by Andy Geiger.