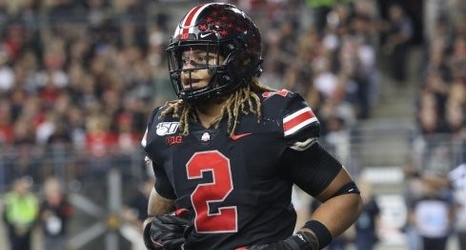 In 1942 Ohio State won its first-ever national championship in football and that team was led by Chuck Csuri a starting offensive tackle and captain.

Shortly after winning that national championship most of that Ohio State team went into the military to fight for the United States in World War II Csuri included.

Csuri, now age 97, sat down with ESPN's Marty Smith where he talked about his time at Ohio State and his experience in World War II, where he was awarded a bronze star.

Charles 'Chuck' Csuri is an All-American football player, war hero, and innovator when it comes to modern computer animation.