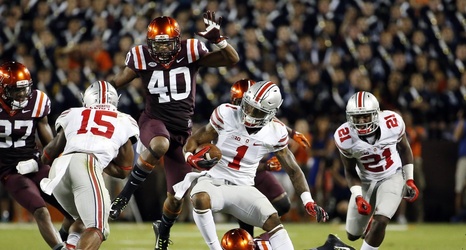 The top-ranked Ohio State Buckeyes are sitting at 5-0 this season heading into Week 6. Urban Meyer has to be happy with his team’s record, but he can’t be happy with some of the struggles that his team has had throughout the early weeks of the season.

One thing that Meyer does want to do moving forward is to get the football in Braxton Miller’s hands more. After Week 1 against the Virginia Tech Hokies, he has been somewhat of an afterthought for the Buckeyes’ offense.

“I want him [involved] as bad or more than he does,” Meyer said, via ESPN.