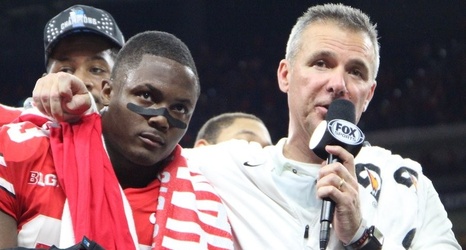 While Urban Meyer won't be coaching on Saturdays this fall, he will reportedly still be appearing on TV.

According to a report by Andrew Marchand of the New York Post, the former Ohio State football coach will be among the analysts on Fox's new Saturday morning college football pregame show, which will air at 11 a.m. on Saturdays this fall.

Former USC players Reggie Bush and Matt Leinart and Notre Dame quarterback Brady Quinn will also serve as analysts on the show, while Rob Stone will host, according to Marchand's report.

Fox Sports has yet to officially announce the hiring of Meyer, which Sporting News' Michael McCarthy first reported was expected to happen in January.