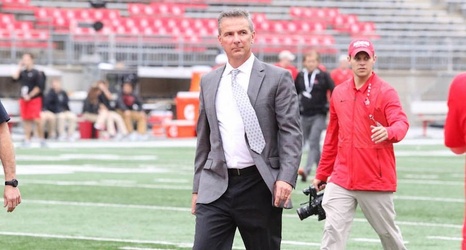 The 49-6 romp of Tulane seemed like a fairly straightforward game for Ohio State. But the fourth week of the season meant significantly more to Urban Meyer than a simple win to improve Ohio State to an undefeated 4-0 record heading into a top-10 matchup with Penn State.

Saturday marked Meyer’s return to the sidelines after he served a three-game suspension. He addressed the crowd at Skull Session, later calling the support “somewhat overwhelming” and emphasizing his appreciation, then walked from St. John Arena into Ohio Stadium for the first time this season. Meyer responded to the early arrivers at ‘Block O,’ Ohio State’s student section, who were yelling “O-H” by raising his arms to make “I-O.