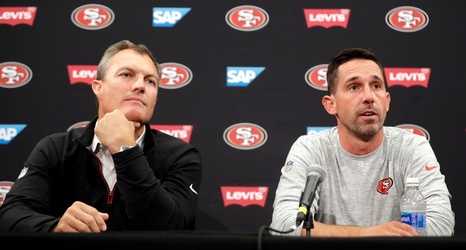 SANTA CLARA, Calif. -- Of the many decisions general manager John Lynch and coach Kyle Shanahan have made since they took over the San Francisco 49ers none are bigger than the one that awaits April 29.

After trading up in the draft, the Niners will use the No. 3 overall pick to choose their next franchise quarterback. The question now is which one?

"San Francisco had to make the decision to move up from 12 to 3 with the mindset that Trevor Lawrence and Zach Wilson were gone," Todd McShay, ESPN senior NFL draft analyst, said.