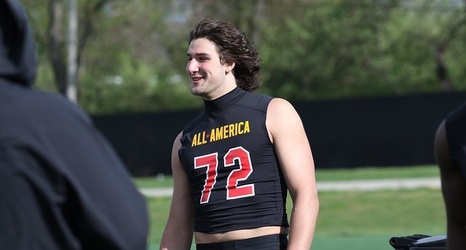 Sunday's Under Armour Camp Series featured a group of Ohio State commits, a trio of uncommitted five-star prospects and a handful of Buckeye targets and hopefuls.

Check out some of the sights and sounds from the football field at Fortress Obetz in the gallery above and the videos below:

Ohio State linebacker commit C.J. Hicks was recently bumped to a five-star prospect, nearly one year after he exploded with an MVP performance at last year's Elite Underclassmen Camp in Obetz, Ohio. That performance put him on the map as a national recruit.