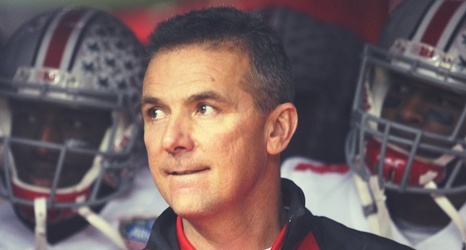 Urban Meyer has won 82 games at Ohio State. Here are his 10 most memorable.

This game makes almost no sense given how the rest of the season went, but it was fun as hell! The Buckeyes went to Norman and laid waste to the Sooners, 45-24.

Noah Brown tied a school record with four touchdowns catches in the game – more than half his total the entire season – and Mike Weber, Curtis Samuel and J.T. Barrett combined for 295 yards on the ground.