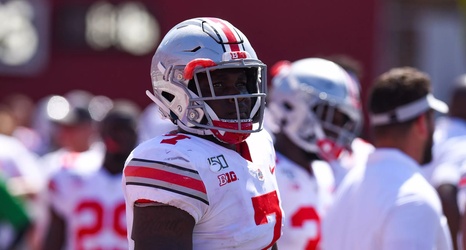 So far linebacker Teradja Mitchell hasn’t lived up to expectations at Ohio State, but it isn’t because of lack of talent. Mitchell has played in 19 games in his two seasons with the Buckeyes, but most of the action Mitchell has seen has been with the special teams unit. With players like Malik Harrison, Baron Browning, and Pete Werner seeing most of the snaps at linebacker, it has been hard for Mitchell to break through and see consistent playing time at the position.

Aside from the depth at linebacker that Ohio State has, a hamstring injury also has put Mitchell a little bit behind the curve.