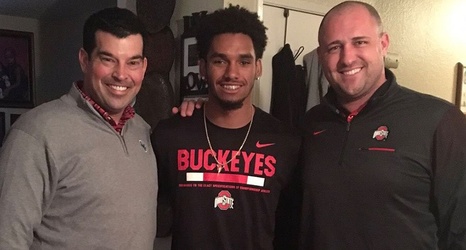 Ohio State's 16-year streak of football crowds larger than 100,000 came to an end on Saturday as Ohio State announced an official attendance of 93,057.

This marks the first game since the Buckeyes hosted Kent State on Sept. 7, 2002 with attendance of less than 100,000.

RELATED Ohio State Has Had an Easy Time of It at Home As of Late, and That Could Hurt Attendance

The weather and the quality of the opponent could have been to blame for the low attendance. Heavy and lengthy rain was in the forecast for Saturday's game, and Rutgers hasn't been competitive against the Buckeyes since joining the Big Ten.