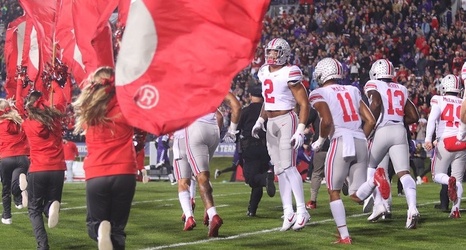 A Friday night kickoff didn't seem to deter fans from watching their Buckeyes.

These massive numbers also come despite a late schedule switch, as an ALCS rainout forced Friday night's Ohio State vs. Northwestern game from FS1 to BTN.

With these numbers combined with the average of 1.107 million viewers for Illinois' upset win over Wisconsin, and the average of 563,503 fans watching Saturday afternoon's Minnesota vs.