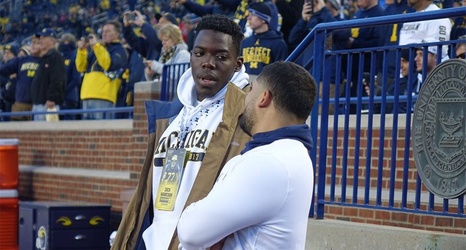 Ohio State's 2019 recruiting class is ranked No. 15 in America. Naturally, some folks are panicking because quite frankly this just isn't what we've grown accustomed to.

I suppose it's worth reiterating that landing – or losing – a single player is never a truly devastating blow to a program. The Buckeyes' class has an abundance of talent already with only Georgia and Alabama having a higher average rating per commitment. The class is sitting at 15 which means there's likely room for another 8-10 before December's early signing period and February's National Signing Day.

Several new offers have gone out over the last few weeks and plenty will change throughout the fall and winter months, but for now there are a few recruiting battles that are looming a bit larger than the rest.