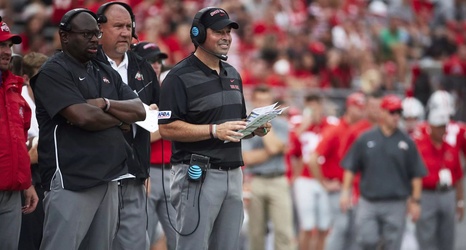 The Ohio State Buckeyes have a talented brain trust on the sidelines — and all of them are making bank in 2019. On Monday, the Ohio State athletic department released the salaries for all 10 of the Buckeyes’ assistant football coaches.

Leading the way is co-defensive coordinator Greg Mattison, who will pick up $1.1 million. By moving from Michigan to Ohio State, Mattison is doubling his money. For the past two seasons under Jim Harbaugh, he was bringing in $525K a season.

Mike Yurchich, the passing game coordinator and quarterbacks coach, isn’t too far behind.