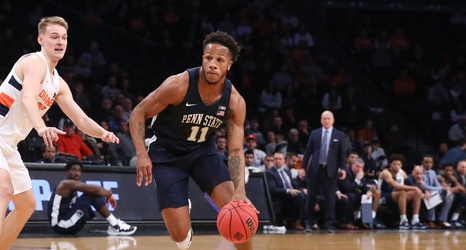 Just as Ohio State football is wrapping up its conference slate with the Big Ten Championship game in Indianapolis tonight, sixth-ranked Ohio State basketball is tipping off Big Ten play against Penn State today. The Buckeyes are riding high after overthrowing No. 7 North Carolina 74-49 in the Big Ten/ACC Challenge Wednesday in Chapel Hill in their first away game of the season.

The Buckeyes first grabbed the national spotlight with their overthrow of then-No. 10 Villanova earlier this season. Heading into the AP Poll top 10 themselves, the Buckeyes followed up with four more non-conference wins, allowing no more than 57 points defensively in any matchup.