Ohio State gets their first 2022 commitment since July 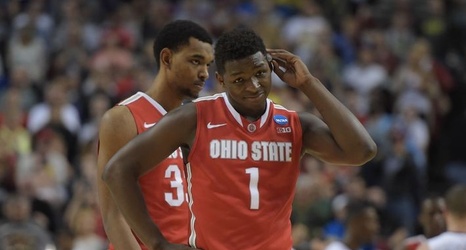 It’s been about three months since Head Coach Ryan Day and the Buckeyes have had a win on the recruiting trail. On Tuesday, that drought came to an end as Ohio State was on the receiving end of commitment No. 15 for their 2022 recruiting haul.

The Buckeyes finally were able to build some momentum for their 2022 recruiting class after a long drought when four-star edge Kenyatta Jackson of Chaminade-Madonna Prep (FL) announced his commitment to Ohio State. The addition of Jackson also gives the Buckeyes and defensive line coach Larry Johnson their very first pledge along the defensive front in the class.