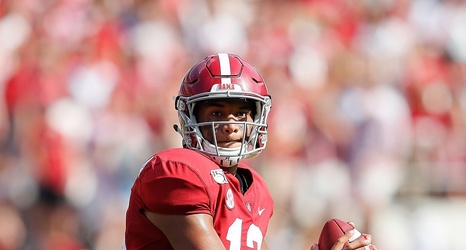 Saturday’s knee injury to Alabama quarterback Tua Tagovailoa could prove to be catastrophic for the CFP Committee, and Ohio State, Oklahoma or Clemson if one were to lose.

With no official set timetable for his return, Tua could possibly miss the game of the year against LSU in three weeks. Or he could be active and play, just not at 100 percent which would favor the Tigers.

Last year, his knee tenderness didn’t matter as Tua torched LSU in Baton Rouge. However, the Tigers’ offense has been unstoppable this year and Joe Burrow has stepped into his own.