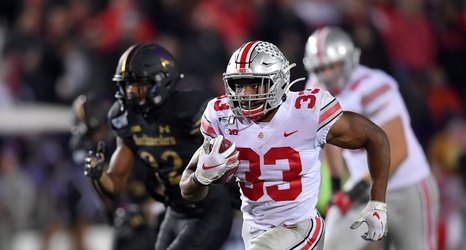 Last week the Ohio State football team had a bye week so we made our predictions on key matchups in CFB. Blake Biscardi and I should have taken the week off too as we went with the losing team in all three games.

Thomas Scurlock (two wins) and Peter Burtnett (one win) predicted the winning team in each game. With Tom’s strong week he gets the honor of going first.

Ohio State puts its newly No. 1 ranking on the line, sort of, against Maryland.

The Terps last won on October 5 beating Rutgers. Since that game, they’ve lost four-straight by a combined score of 164-69.