Ohio State football: Ryan Day had better be a man of his word 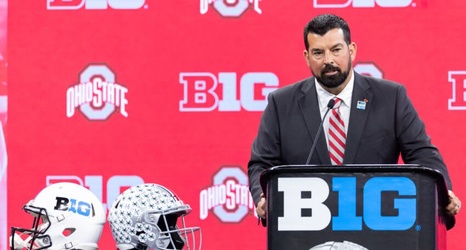 Ryan Day said the Ohio State football team was going to throw the ball to the tight ends more this season. He had better keep his word on that.

I’m going to hold Ryan Day to this statement. He’d better be a man of his word because I don’t enjoy being teased like this. When asked at Big Ten Media Days if Ohio State’s record for receptions in a season by a tight end will be broken this year, this is what he said,

“That record has no chance this year.