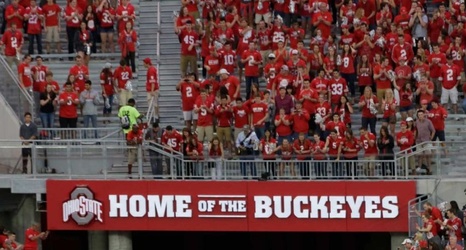 The Ohio State Buckeyes leave the field through a new tunnel in the south end of Ohio Stadium before Saturday's NCAA Division I football game between the Buckeyes and the Virginia Tech Hokies in Columbus on September 6, 2014. (Dispatch Photo by Barbara J. Perenic) Xtaosu14vt Bjp 04

The Ohio State football team is trying its best to hold onto a really strong recruit. Can they do it?

It looks like there’s a battle brewing. The Buckeyes appear to be headed for a fight to keep cornerback five-star Jaheim Singletary a part of their 2022 recruiting class.