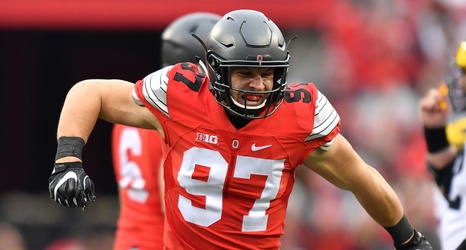 With Super Bowl LIV just eight days away, could San Francisco 49ers and former Ohio State DE Nick Bosa win the Most Valuable Player award. Could he be a good bet to win it?

Will he become just the third defensive end to win the award? You might not want to bet against it.

His time at Ohio State was cut short because of a core injury early in his junior season, but nonetheless Nick Bosa made his presence felt. Leaving Columbus with 47 solo tackles, 29 tackles for loss and 17.5 sacks in 2+ seasons, the younger Bosa brother was a force to be reckoned with.