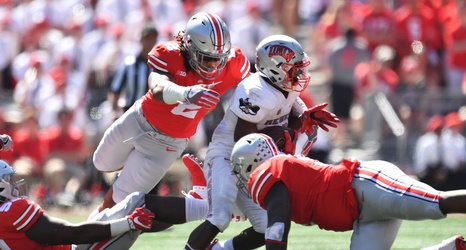 Defensive end Chase Young said in a tweet on Friday that he accepted a loan from a family friend in 2018 and has already paid it all back. Young, however, is still missing Ohio State football’s game against Maryland on Saturday and could possibly miss more pending an investigation.

Young was in the thick of the Heisman Trophy race as he has 13.5 sacks on the season and was just coming off a four-sack performance against Wisconsin. So, if he misses some games how does that impact the Heisman race?

According to The Action Network, Young did not even have Heisman odds two weeks ago but opened 20-1 and then one week later was 8-1, which was the fourth-best odds to win the award.