Ohio State Football: How defensive line stacks up against Clemson 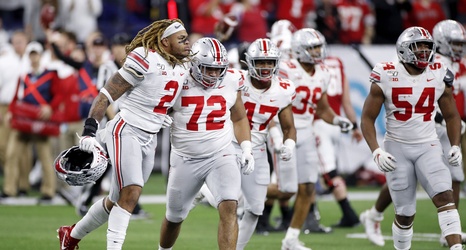 Both Ohio State and Clemson have successful defensive lines and for the Buckeyes their d-line’s success starts with defensive end Chase Young.

Young has dominated nearly every opposing offensive line he has faced this season, racking up 16.5 sacks and six forced fumbles. Any offensive line he’s faced has had to double or triple-team him to prevent his big-play ability.

When Young is double-teamed, defensive linemen Jashon Cornell, Robert Landers, Davon Hamilton and Zach Harrison have made their way into the backfield, totaling 13 sacks and 89 total tackles. The supporting cast of Tommy Togiai, Javontae Jean-Baptiste and Antwuan Jackson have also made their presence felt.