Ohio State Football: How Buckeyes stack up against other playoff contenders 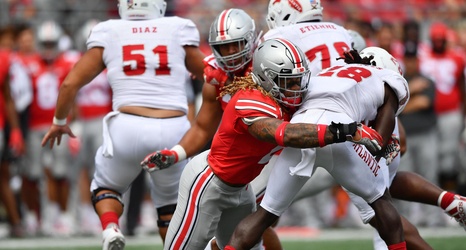 There is no doubt Ohio State is one of the best teams in America right now. That being said, when starting the season so hot you run the risk of peaking too early which then translates to the wrong ending to the season.

However, having paid close attention to the Buckeyes and their style of play it is evident something is special about this team that will allow the high level of play to be sustained throughout the season.

To start, Ohio State feels as though last year’s results weren’t good enough despite being 13-1 and back to back Big Ten Champions as well as winning the Rose Bowl.