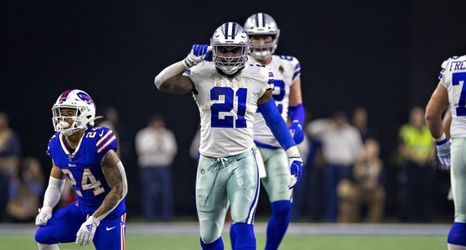 ARLINGTON, TX - NOVEMBER 28: Ezekiel Elliott #21 of the Dallas Cowboys celebrates after rushing for a first down in the first quarter on Thanksgiving Day during a game against the Buffalo Bills at NRG Stadium on November 28, 2019 in Arlington, Texas. (Photo by Wesley Hitt/Getty Images)

The Ohio State football program has done a really good job of putting high-quality players in the NFL. It’s been done so well that the program has unlocked a truly great recruiting tool.

Ohio State football is one of the premier football programs in the country. They are in the hunt for a national championship every year and always put some really good players in the league.