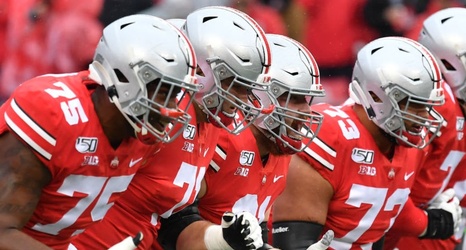 Last season it appeared the weak link on the Ohio State football team could be the offensive line with so many holes to fill. That’s not the case this year.

Heading into the 2019 season many Ohio State football fans were concerned about the offensive line. You can understand why as left tackle Thayer Munford was the only full-time starter and guard Wyatt Davis only started at the end of the 2018 season.