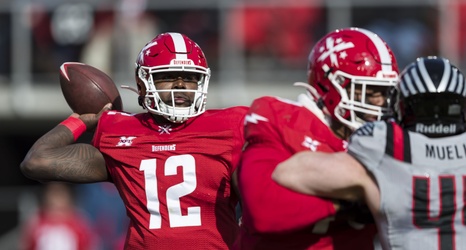 The XFL’s DC Defenders won their second game of the season on Saturday as they have started 2-0. A big reason for both of their wins has been the play of a former quarterback for the Ohio State football team, Cardale Jones.

Jones has been electric in both outings. After going 16-of-26 through the air for 235 yards and two touchdowns in week one, Jones had another big game on Saturday that led to the Defenders winning 27-0 over the New York Guardians. Completing 23 of his 37 passes, Jones threw for 276 yards against the Guardians for two touchdowns and one interception.