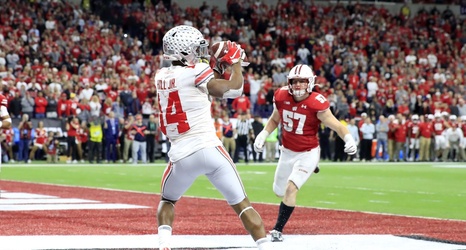 There may have been a scare in the first half as Wisconsin was leading the No. 1 ranked Ohio State football team. However, that did not stop the Buckeyes from coming out strong in the second half and winning another Big Ten Championship.

There was a concern for the strong Buckeyes offense as Justin Fields was still recovering from his sprained MCL injury he sustained last week in the win over Michigan. This changed everything that went the Buckeyes way in 2019.

Wisconsin received the opening kickoff and scored a few plays later as Jonathan Taylor juked the Buckeyes defense taking it in 44 yards out making it 7-0 Badgers.