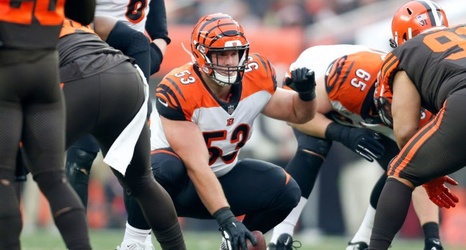 CLEVELAND, OH - DECEMBER 23: Billy Price #53 of the Cincinnati Bengals lines up for a play during the game against the Cleveland Browns at FirstEnergy Stadium on December 23, 2018 in Cleveland, Ohio. (Photo by Kirk Irwin/Getty Images)

Billy Price was a first-round pick after coming out of the Ohio State football program and has struggled to stay healthy and play well on the field. As a result, the Bengals aren’t committing to his future.

The Cincinnati Bengals have declined to pick up the contract option on a fifth-year for former Buckeye offensive lineman Billy Price.