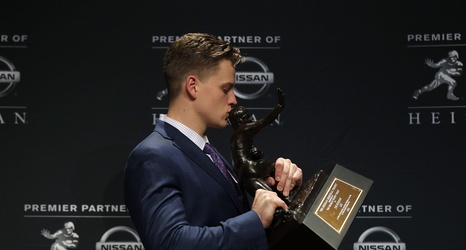 The Ohio State football team had two Heisman finalists on Saturday as quarterback Justin Fields and defensive end Chase Young were one of four finalists. Neither one of them won but a true Buckeye in Joe Burrow still won the award.

Burrow was on the Ohio State football team from 2015 to 2017 and saw limited action as he threw for 226 yards and two touchdowns in 2016 and 61 yards on 11 attempts in 2017. After Dwayne Haskins became the Buckeyes’ starting quarterback for the 2018 season, Burrow transferred to LSU.