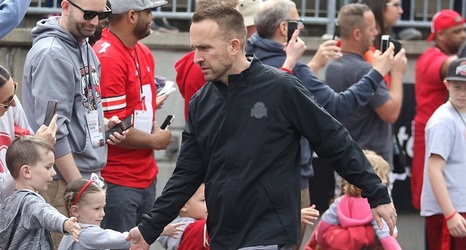 However, Ohio State is "hopeful" that the four-game suspension will be reduced following an appeal, Herbstreit reported.

A four-game suspension would force Young to miss the remainder of the regular season, including games against current No. 4 Penn State and No. 14 Michigan.

Four games may be what Ohio State expects, but that's far from a consensus belief.

Attorney Tom Mars, who has worked on a number of eligibility cases on behalf of student athletes (including Ohio State quarterback Justin Fields) and now works as an “Independent Enforcement Advocate” for the NCAA’s Complex Case Unit, told Bruce Feldman of The Athletic he does not expect a lengthy suspension.