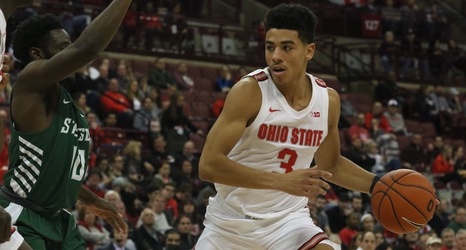 By the time Stetson made its second shot of the game, eight Ohio State players had already hit shots.

It didn't get any better for the Hatters.

The No. 10 Buckeyes pulled out to a 42-8 advantage late in the first half and held on to the hefty lead to beat Stetson, 86-51, at the Schottenstein Center on Monday night. They are now 4-0 for the season.

Every Ohio State scholarship player other than Alonzo Gaffney made at least one shot. Kyle Young led the team with a career-high 15 points. He also grabbed 10 rebounds, securing the second double-double of both this season and his career.