No. 1 Ohio State comes back to beat No. 8 Wisconsin in Big Ten Championship 34-21 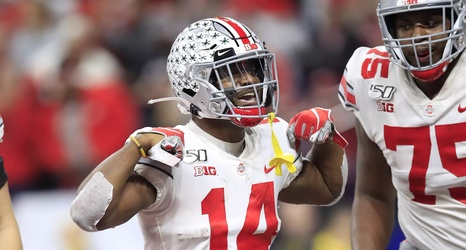 After being dominated throughout the first half of play, the No. 1 Ohio State Buckeyes were able to rally in the second half in a come-from-behind 34-21 win over the No. 8 Wisconsin Badgers to secure the program’s third-straight Big Ten Championship. For OSU, the performance was likely not enough to stay in control of the No. 1 seed in the College Football Playoff, but the Bucks were nevertheless able to avoid a scare in the conference title game.

The Badgers punched Ohio State in the mouth right out of the gate, scoring on their opening possession and keeping the Buckeyes off the board until late in the second quarter.