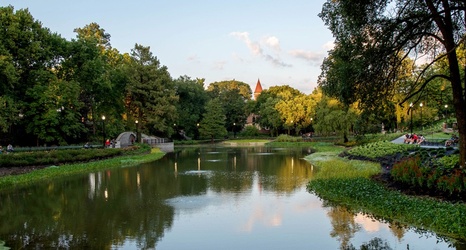 Time and Change is a weekly series highlighting the history of some of Ohio State's storied traditions.

Legend has it that when looking at land owned by William Neal to build the new Ohio Agricultural and Mechanical College, which would later be known as The Ohio State University, trustees stumbled upon a spring in which they stopped to drink from. This spring inspired the trustees to purchase the land on which it resided and thus Ohio State found its home.

A 1984 report by John H. Herrick on the history of Mirror Lake Hollow debunked this claiming that Mirror Lake originated from pools of spring water formed from the cleanup of the ravine that ran through campus in 1874.