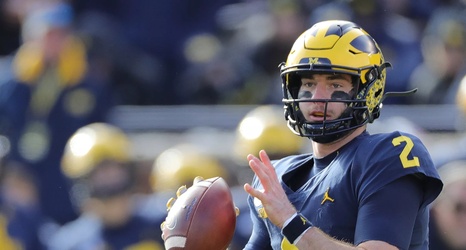 According to the Detroit Free Press, senior quarterback Shea Patterson “is playing the best football of his life.” Over his past two games (against Michigan State and Indiana) he has thrown 41-of-58 for 750 yards, nine touchdowns and just one interception— his first turnover in 17 quarters— passed Tom Brady’s school record for passing yards, and earned “Offensive Player of the Week” honors from the Big Ten for both weeks.

However, Patterson playing “the best football of his life” certainly hasn’t been true all season. After getting injured in the Wolverines’ season-opener, Patterson completed 54.