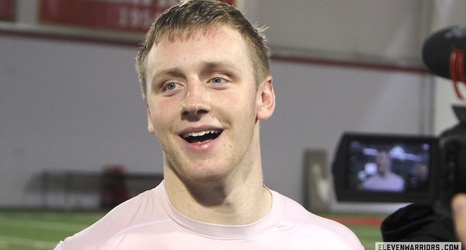 Matthew Baldwin is eligible to play for TCU this season after all.

This is big: #TCU's Gary Patterson says postgame that Ohio State transfer QB Matthew Baldwin has had his waiver appeal granted by the NCAA.

Baldwin's initial request for a waiver for immediate eligibility was denied last month, but upon his appeal, the NCAA opted to reconsider and allow the former Ohio State quarterback to forgo the one-year waiting period for a transfer.