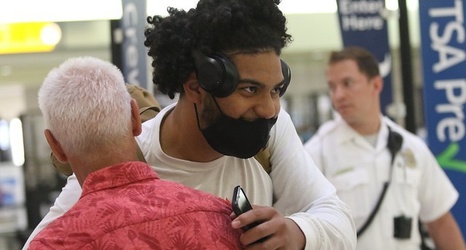 And so it begins.

Five-star J.T. Tuimoloau's flight from Washington touched down in Columbus on Thursday evening, and he was greeted by at the airport around 5:45 p.m. by more than a dozen Ohio State coaches and staff members.