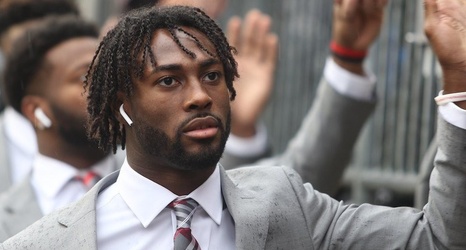 Jordan Fuller is in rare company as one of 12 finalists for the this year's William V. Campbell Trophy.

Known informally as the "academic Heisman Trophy," the Campbell Trophy is given annually to the football player with the best combination of academics, community service, and on-field success.

Fuller is now Ohio State’s 22nd NFF National Scholar-Athlete – behind just Nebraska (23) all-time – and is looking to become just the third Buckeye to win the Campbell Trophy, joining Bobby Hoying in 1995 and Craig Krenzel in 2003.

“The entire Ohio State football program is extremely proud of Jordan and for his family,” Ryan Day said in a release.