Jack Sawyer Tears His MCL in the Final Game of His Junior Season, Will Need Surgery 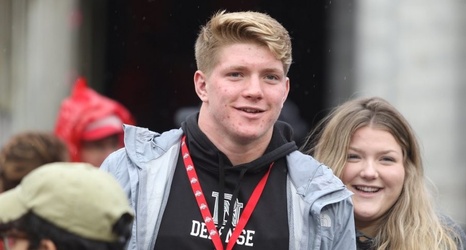 In the first half of a playoff game against Olentangy Orange High School, Ohio State's 2021 five-star defensive end commit Jack Sawyer suffered tore his MCL and will need surgery.

Initially, Pickerington North head coach Nathan Hillerich told Eleven Warriors they were hopeful it was just an MCL sprain, but an MRI revealed a tear.

Sawyer then took to twitter to address his injury:

Just want to say thank you to everyone who has had me in their thoughts and wishing me well. I will have my MCL surgically repaired sometime this week.