Inside Aaron Craft's Decision to Retire From Basketball, Return to Ohio State to Pursue Becoming Physician 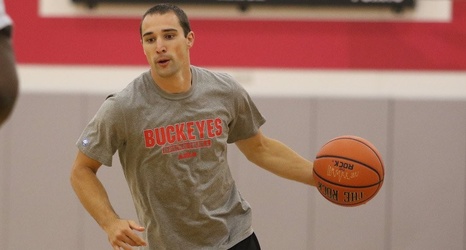 Had Aaron Craft and his wife, Amber, not just become parents of their first child, Owen, 11 days earlier, he probably would have answered the phone on Feb. 10.

But the newly minted father was spending his time with Amber and Owen when he received a phone call from Quinn Capers, the associate dean for admissions at Ohio State’s College of Medicine. Amid an “unbelievable week” with his infant son, he didn’t notice the incoming phone call.

“I was riding that high,” Craft told Eleven Warriors on Thursday.

Craft, a former Buckeyes guard now playing professionally for Trento in Italy, had been expecting what could be a life-altering phone call – but not that evening, a Sunday.